single.php When Toy Companies Didn’t Make Dolls Their Kids Could Relate To, These Moms Stepped In - ONCEKids
Get in Touch!
We are donating 50K new children´s books, help us deliver them to kids in need! We are social too:

When Toy Companies Didn’t Make Dolls Their Kids Could Relate To, These Moms Stepped In 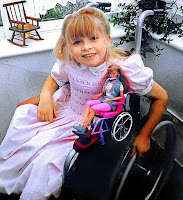 Huge changes in toy manufacturing are being made thanks to three moms who wanted to provide their children with dolls they could relate to. It all started with a wish of three U.K. moms, Melissa Mostyn, Karen Newell, and Rebecca Atkinson. The three moms, who have children with physical disabilities including using a wheelchair, being deaf, and being blind, were unable to find any toys which positively represented children with disabilities- so they decided to take matters into their own hands. Since toy companies didn’t make dolls that were inclusive of children with disabilities, the mothers decided to create their own. This idea led to the campaign “Toy Like Me”, which features mainstream characters with some changes that children with physical disabilities can relate to, such as Tinker Bell with a cochlear implant.

The moms believed that by sharing images of toys that have been homemade or altered to give them impairments, disabilities will be reflected positively and mainstream toy manufacturers might actually respond. After putting the image of Tinker Bell with her cochlear implants on social media, the picture, and idea, spread like wildfire- truly highlighting the consumer demand for more diverse toys.

In fact, the picture was so popular that just one week after it was posted, British toy developer MakieLab took notice and responded. Since MakieLab creates its toys using a 3D printer, they were able to respond to the demand instantly, producing three adorable dolls using hearing aids, signing hands, and a facial birthmark, with plans to develop more.

Use the hashtag #toylikeme to keep the idea spreading and get more toy manufacturers to take notice and keep developing more diverse and inclusive toys!

Check out some of the cute ideas below: 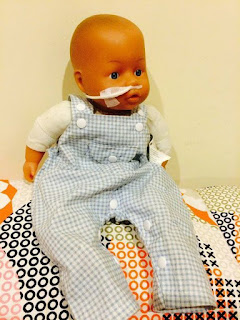 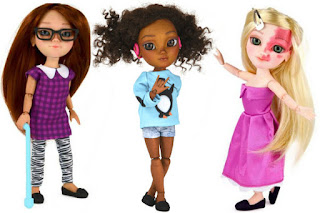 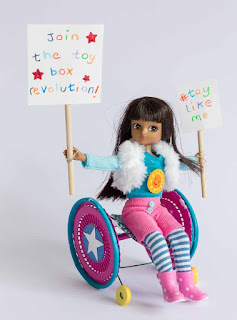 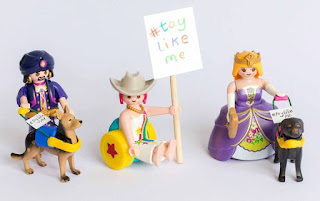