single.php Walgreens Manager Restores Mom’s Faith in Christmas With This Act of Kindness - ONCEKids
Get in Touch!
We are donating 50K new children´s books, help us deliver them to kids in need! We are social too: 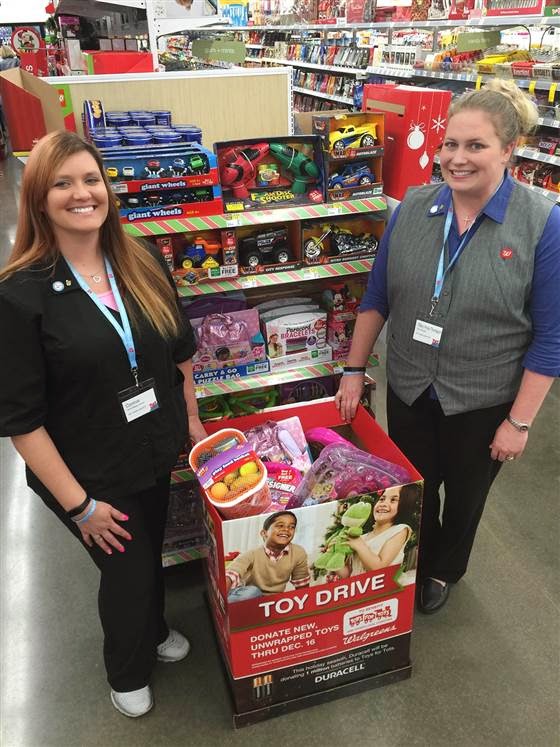 Christmas has always been a time for being generous and thinking of others, doing random acts of kindness, and just generally participating in the holiday spirit, but mom Holly Cooper says this year she had been feeling a little “Grinch-y” and just ready for the holidays to be over, until last week when she was at the local Walgreens with her children and two employees restored her faith in the holidays and the Christmas spirit.

Cooper’s son, Jesse, is five years old and according to the Alabama mom, has struggled with behavioral control in the past. She thinks back to a time when not getting what he wanted in a store meant losing his temper and tantrums, but after lots of positive parenting techniques and patience, this store trip proved to be different. After Jesse spotted a toy he wanted to bring home with him, his mother nicely told him no.

So Jesse followed his mom to the front of the store and, through some tears, bravely and politely asked the cashier if he can leave the toy up front for Santa. The cashier, Connie Cave, remembers being touched and moved by the little boy’s genuine sadness, so she assured him that she would put a tag on the toy and keep it in a safe place for Santa to pick up. But Connie wanted to do more for Jesse than just that, so after he and his mother left the store she approached her manager, Tiffany Thomason, and told her what happened. Tiffany too, immediately wanted to buy the toy for Jesse. So she wrapped the toy up and wrote Jesse a letter from Santa encouraging him to be patient and to always praise his mother. As a mother herself, she says she truly believes encouraging other parents is one of the most important things you can do for one another.

Cooper says when she returned to the store later that day to pick up the toy, she couldn’t believe that complete strangers had been so kind and thoughtful to her son. She says she was so moved by their actions that her holiday spirit has been completed restored and that what she is the most touched by is how her son got to witness some true Christmas magic first hand.