single.php Understanding the Meaning and Purpose of the 12 Chinese Zodiac Animal Signs - ONCEKids
Get in Touch!
We are donating 50K new children´s books, help us deliver them to kids in need! We are social too: 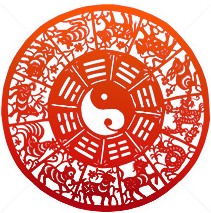 Most people have heard about the 12 Chinese Zodiac animals and may even know which sign is theirs, but many do not fully understand the origin, meaning, or purpose of the signs. The Chinese Zodiac and Lunar cycle can be confusing due to their intricate nature but as the Chinese New Year is approaching, it is important to understand exactly what they mean.

Rather than January 1st, the day of the 2015 Chinese New Year begins February 19th because it follows the Chinese Lunar Calendar system, based on the movements of the moon. The coming of February 19th will mean the beginning of the 4712th Chinese year- wow!

The Chinese Zodiac was created as a system for counting years. The ancient time division was most often based upon the number 12; one ji equals 12 years, one year equals 12 months, and so on. This was most likely due to the fact that ancient people observed that there were 12 full moons in each year. So it makes sense that there would be 12 animal signs given to this counting system.

The 12 Zodiac signs are purposed to represent a systematic plan of future events and actions, in other words it helps people to predict what is to be expected for that upcoming year. Or, if one knows their “sign”, it helps them to determine their strengths, weaknesses, and perhaps even their fortune.