single.php The Mom’s Code - Girlfriends and Girls Night Out: It Gets Dark Sometimes (Part 3 of 5) - ONCEKids
Get in Touch!
We are donating 50K new children´s books, help us deliver them to kids in need! We are social too:

The Mom’s Code — Girlfriends and Girls Night Out: It Gets Dark Sometimes (Part 3 of 5)

I often thought about that night when I was alone in Seoul. I could picture my friends’ faces and hear their voices. I missed them and the person I was when I was with them. The day my child was born, I, as a mom, was born. My definition of who I was shifted enormously with marriage, being a mom and having a family. But I hadn’t realized how much this shift would cost until I was paying the price.

I lost my soul in Seoul. My former jobs brought me to China, Indonesia, Australia, Hong Kong, Japan, Thailand and India so I thought I knew Asia. My husband and I lived in three European countries together so I felt I could handle the expat challenges. I’d never been to Korea. My first trip was to find our apartment. My second was to move there with four little kids in tow, alone because my husband was already there, working.

MOMS, WE WANT TO HEAR FROM YOU 🙂 DO YOU AGREE? DISAGREE? SHARE SOME LOVE IN THE COMMENTS BELOW!

Korea is a tough place for any person to acclimate to. The whole culture is in a hurry. ‘Bali bali’ means hurry, hurry. No one waits for anything. People cut lines, and men walk in front of you, cutting you off and shut the door in your face. They spit on the sidewalk in front of you. One day Koreans like Americans and the next day, they can’t stand us. They regularly have protests against us. But none of this is personal and by the end of our time there, this stuff bounced right off me. It is just the way it is.

Tom and Lydia arrived when I returned from the summer. My husband hired Tom as a risk consultant, having worked with him in Connecticut. Lydia was like a fresh, lovely gardenia. She had raised three children so she was very wise about relationships and being a mom. All the Itaewon shopkeepers were captivated by her Southern charm and called out to her from their stores. One morning, Lydia and I were walking, sipping on coffee when someone spat on the sidewalk at our feet. Busloads of Koreans were protesting against a free trade agreement with the U.S.. One store owner shouted, “Pretty Americans, go home! Not a good day for American people.” I felt angry but Lydia, in her southern voice, said, “Darlin’, it’s young people everywhere. In some office, someone is calling the American Embassy, apologizing, but it’s better to let people get things off their chest. Don’t get all rattled. It will give you wrinkles.” Her words calmed me down. This was not personal to me. And I didn’t want wrinkles.

But from the start, I was artfully put in my place and it felt personal every time. When I called my husband at his office and asked for him by name, his staff was mortified. Some of them referred to me as the ‘foreign wife’ and all requested I use his title ‘hengjamneem‘ which means CEO or president in Korean. Even my husband asked me to refer to him as Mr. Wacker or ‘hengjamneem’. I joked, “Maybe I’ll call you that in bed.” He wasn’t kidding. “We have to respect their culture.” I told him he was drinking the Koolaid which led to yet another bitter argument.

When I took the four kids to see my husband’s office, his secretary escorted us up in a private elevator to an elegant conference room with glass windows on three sides. She was shy and formal, and did not look me in the eye or engage me in conversation. Other staff came by and peered in, smiling and curious. Many bowed to us. His secretary poured Cokes into crystal glasses and gave them to the kids. I didn’t want to be rude so I let them have the soda. My son spilled his all over himself within thirty seconds. “Sorry Mommy,” my son said ruefully. Then he asked for another soda. I said no to that one.

A slick executive in an expensive suit, Kim Dae Yun, strolled in ignoring the kids and said, “My name is ‘Korean title’ Kim. I understand you went to Harvard. I’m not impressed. Here in Korea, a good wife stays in the background looking pretty, so her husband can do his job without interference.” He didn’t wait for a response, just strolled out. He looked me directly in the eye and didn’t bow; two things I knew were insulting. I looked around, confused. My kids were quiet and looked at me for some cue. Did he really just say that? The secretary had a blank look. I wasn’t sure if it was because she didn’t understand English well or she didn’t see this behavior as out of the ordinary.

We waited for almost twenty minutes. The kids were squirming and twirling in the big conference room chairs. The secretary stood at the door like a sentry. Finally, my husband walked in, flanked by an entourage. There was Man Friday, his secretary, his driver and his translator. They stood and fussed over my husband. I felt very foreign while he looked very comfortable. My husband kissed each of our kids, then looked at me and said, “Uhh, thanks for coming.” I cocked my head. He whispered, “Korean couples don’t show any affection. It makes people uncomfortable. We have to respect their culture.” I squinted at him and said, “Fine. They don’t have sex either. Enjoy that part of the culture.” This meet and greet was not going well at all. 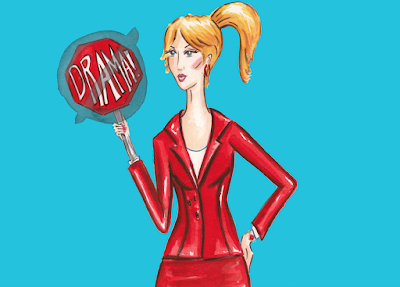 After two minutes, the kids started a game of tag. The translator announced they had another meeting to go to. As I left, my husband said, “Why would you give them Coke?” Then he walked out with his human wall. I rode down the elevator with the sentry, my stomach in knots. My kids wanted to go to the park and ride on the swings. I had to dig deep to find the joyful, light hearted me who could push a swing for an hour straight, without yelling.