single.php The Chinese Are Getting Ready for this Year's Dragon Boat Festival on June 20th - ONCEKids
Get in Touch!
We are donating 50K new children´s books, help us deliver them to kids in need! We are social too: 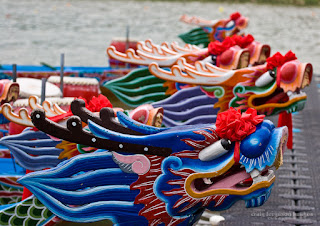 Father’s Day is right around the corner, but in China another very important holiday is coming up as well. Every year on the fifth day of the fifth lunar month, the Chinese observe what is called The Dragon Boat Festival. Over the years the holiday has required several different names including the Tuen Ng Festival, the Duanwu Festival, and the Double Fifth Festival. For 2015, the fifth day of the fifth lunar month falls on June 20th, which is when the festival will take place.

As with most Chinese holidays, there are many traditions associated with this festival, one of which is found within the name of the festival- dragon boats and dragon boat racing. Dragon boat racing is a team water sport that has been a part of ancient folk rituals for almost 2,000 years. Racing boats carved to look like dragons began as a ceremonial and religious tradition, but has since become an enjoyable and competitive form of sport and entertainment. 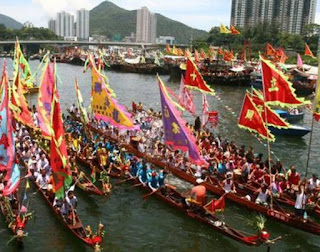 Although racing dragon boats is the symbol of the holiday, there are other traditional activities done by families during this time. Some of which include hanging up icons of a mythical guardian named Zhong Kui, hanging mugwort and calamus, taking long walks, and a game of trying to make an egg stand at exactly noon- if your efforts are met with success you are thought to have a year of good luck ahead of you. Like many Chinese traditions, these activities are performed in regards to the ancient villager’s beliefs that they would ward off disease and promote good health and spiritual well-being. 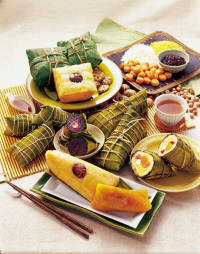 And of course no Chinese holiday is complete without eating and drinking. The traditional food consumed on the fifth day of the fifth lunar month is zongzi, a Chinese dish made of rice, stuffed with various fillings, and then carefully wrapped in bamboo or reed. Then the zongzi is washed down with realgar wine.