single.php Starting the Transition Into A Back-to-School Routine - ONCEKids
Get in Touch!
We are donating 50K new children´s books, help us deliver them to kids in need! We are social too:

Starting the Transition Into A Back-to-School Routine 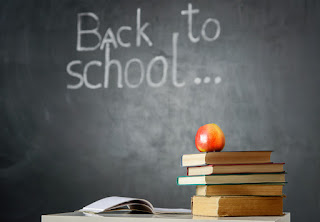 Although its only the last day of July, getting the kids into a back to school routine can be an ordeal that takes several weeks. To minimize some of the stress and chaos that the end of summer can bring, it is often better to slowly ease back into the school routine bit by bit. The adjustment is easier for everyone involved (parents included) when the changes begin early on.

One of the best parts about summer (besides the weather of course!) are the unstructured days and the freedom from a rigid routine. However, that is also one of the parts that children struggle the most with when its time for school again. To remedy this issue, parents can use the few weeks (or even month) leading up to school to re-introduce some structure into their days. For example, if homework time is at 4pm during the school year, organize mandatory reading or learning time for 4pm every day. Meal times also often become less structured during the summer, so use this time to get dinner back on a normal school year schedule. A second important way parents can prepare children for back to school is by starting to reel in the late nights. If children have a relax bedtime or a bedtime that changes during the summer, use August as an opportunity to start moving the bedtime clock forward. Start having the kids get ready for bed or be in bed reading by a certain time, even if its just 15 minutes earlier than usual. Then, slowly week-by-week make the bedtime earlier and earlier until kids are back to their school year bedtime.

In addition to earlier bedtimes, start waking kids up a little earlier in the mornings too. Children get used to sleeping in as late as they want during the summer (and for those with teens that can be very late) and so waking up early for school can be a shock to their system. Help children adjust by slowly waking them up a little earlier in the morning each week before school, so by the time school rolls around their bodies will be more adjusted. This is also better for you because it will save you from having to deal with some seriously cranky children on the first day back to school!

Parents, we want to know your thoughts! What strategies do you use to prepare your kids for the back to school routine?