single.php Potentially Dangerous Smartphone Apps That Your Kids Already Know About - ONCEKids
Get in Touch!
We are donating 50K new children´s books, help us deliver them to kids in need! We are social too:

Potentially Dangerous Smartphone Apps That Your Kids Already Know About

It can be hard parenting tweens and teens, especially in this age of social media and smartphones. Kids have access to so much more than their parents did, so it’s important that all parents educate themselves as much as possible about all the different apps their kids are using. With a new school year upon us, police are warning parents about 15 different smartphone apps that could be red flags if you find them on your child’s phone.

Police departments across the country are asking parents to be more vigilant when it comes to their children’s smartphone use. They have compiled a list of 15 smartphone apps that parents should be aware of, especially if their child has any of them downloaded onto their phones. The Madill Police Department recently posted an infographic of all fifteen apps including; MeetMe, Grindr, Skout, WhatsApp, Tiktok, Badoo, Bumble, Snapchat, Kik, Live.me, Holla, Whisper, Ask.fm, Calculator and Hot or Not.

The infographic posted by Madill Police Department gives a brief description of each app and explains to parents why they should be cautious of letting their child use it. “With school just around the corner, we wanted to share with Parents, 15 Apps you should be aware of on your child’s phone/tablet .. and the dangers that come with some of them,” the description on the post reads.

Lt. Jim Donnelly of the Bensalem Police Department spoke to ABC 7 and explained what parents need to do to ensure their children aren’t misusing these apps, noting that parents should be vigilant especially if they find the apps Kik, Whisper, and Skout on their child’s phones.

“We’re dealing with a lot of criminal investigations where we see a lot of these apps pop up,” Donnelly said.

“Maybe go into your kids’ cell phone, talk to them about the dangers of it, see who they’re talking to, who their friends are,” added Donnelly.

Many commenters took to the Madill Police Department’s Facebook page to thank the police department for sharing this information, adding that it’s helpful in starting a dialogue with their children about what’s appropriate and what’s not on their phones.

“Thank you for posting this. I will definitely have a conversation with my kids & will be checking phones!” wrote one parent. 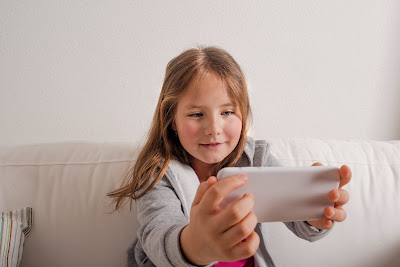 “I’m a HS English teacher in Lubbock Texas. I would LOVE to have a copy of this graphic to hang as a big poster in my classroom,” wrote another.

Social media can be fun and even educational for a lot of kids, but it’s something that definitely needs to be monitored. This infographic gives parents an easy to consume snapshot of apps that could be problematic if not used properly. Here’s a summary of the infographic provided by police.

MEETME: a dating social media app that allows users to connect with people based on geographic proximity. App users are encouraged to meet in person.

BUMBLE: Similar to “Tinder.” The dating app requires women to make the first contact. Kids have been known to create fake Bumble accounts that falsify their age

LIVE.ME: A live-streaming video app that uses geolocation to share videos so users can find out a broadcaster’s exact location. Users can earn “cins” as a way to “pay” minors for photos.

ASK.FM: known for cyberbullying. The app encourages users to allow anonymous people to ask them questions

GRINDR: A dating app geared towards the LGBT community. The app gives users options to chat, share photos, and meet up based on a phone’s GPS.

SNAPCHAT: One of the most popular apps in recent years. While the app promises users can take a photo/video and it will disappear, new features, including “stories”, allows users to view the content for up to 24 hours. Snapchat also allows users to see your location.

HOLLA: A self-proclaimed “addicting” video chat app that allows users to meet people all over the world in just seconds. Reviewers say they have been confronted with racial slurs, explicit content and more.

CALCULATOR%: Only one of several secret apps used to hide photos, videos, files and browser history.

SKOUT: A location-based dating app and website. While users under 17 old are unable to share private photos, kids can easily create an account with an older age.

BADBOO: A dating and social networking app where users can chat, share photos and videos and connect based on location. While the app is intended for adults only, teens are known to create profiles.

KIK: Allows anyone to contact and direct message to your child. Kids can bypass traditional messaging features. KIK gives users unlimited access to anyone, anywhere, anytime.

WHISPER: An anonymous social network that promotes sharing secrets with strangers. It also reveals a user’s location so people can meet up.

HOT OR NOT: Encourages users to rate your profile, check out people in their area and chat with strangers. The goal of the app is to hook up.