single.php Pixar Has Officially Announced the Production of a Toy Story 4 - ONCEKids
Get in Touch!
We are donating 50K new children´s books, help us deliver them to kids in need! We are social too:

Pixar Has Officially Announced the Production of a Toy Story 4 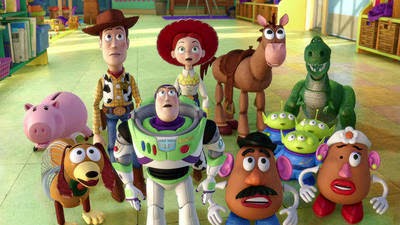 My whole week has been made. It has just been announced that John Lasseter, who serves as the chief creative officer at Pixar, will be directing a Toy Story 4! The fourth installment of the beloved films is set to be released in 2017.

Not many details other than the release date and director have been revealed to the public but just knowing another Toy Story is coming was enough to generate a nation-wide buzz. And the buzz is not limited to kids! Since the first Toy Story movie came out nearly 20 years ago (wow I feel old), people of all ages love and remember the the films.

The announcement of a fourth movie comes as even more of a surprise than the third, which was released in 2010. Toy Story 3, directed by Lee Unkrich, earned almost $1.1 billion at the worldwide box office. But director Lasseter makes sure to emphasize that a fourth film isn’t about the money but comes from their passion for the movies and the characters. He adds that it was never something they had planned until an idea popped into Pixar writers’ heads that they just couldn’t shake. I think I can speak for most people when I say that no matter what the reason, we are just happy another Toy Story will be hitting the theaters!