single.php New Board Games Released in June 2019 - ONCEKids
Get in Touch!
We are donating 50K new children´s books, help us deliver them to kids in need! We are social too:

New Board Games Released in June 2019

Whether you’re looking for a quick party game, a legacy campaign to play with a dedicated group, or a strategy game that plays within an hour, there’s a good chance you’ll find something for you in 2019.

Jonathan Strange & Mr Norrell: A Board Game of English Magic

Fantasy fans may want to keep an eye on this upcoming board game adaptation, which puts players in the role of novice magicians looking to improve their craft in the world of Susanna Clarke’s Jonathan Strange & Mr. Norrell.

In this game of magical forces in 19th Century Europe, each player is a character from the novel traveling from city to city as they gather power to take on the Gentleman with the Thistledown Hair.

Not much is known about this game, but from what we know so far it sounds like it will be a race to become the player strong enough to take down the Gentleman with the Thistledown Hair. Hopefully it includes enough of the book to please fans while entertaining newcomers as well.

The next game getting the Legacy treatment from Rob Daviau is Machi Koro, which Daviau is designing with J. R. Honeycutt and the original game’s designer, Masao Suganuma.

If you enjoyed the original game, there’s a good chance you’ll like this one. Though it also sounds like this would make a great first Machi Koro experience if you have a dedicated group willing to play through the whole campaign.

Alubari: A Nice Cup of Tea 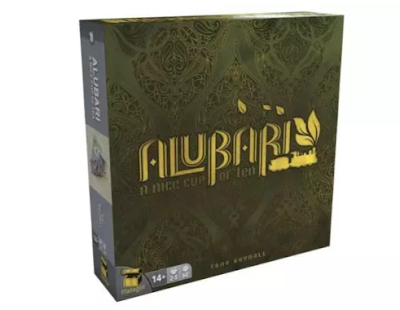 Tony Boydell, known for Snowdonia and Guilds of London, explores 19th Century Darjeeling in a game of trains, tea, and trade.

Each player is managing their own tea empire as they create a network of rails, hire workers, and harvest tea to create a thriving network. By placing workers (which can be motivated with a bit of Chai), players strive to create the best tea network and score points based on how much they contributed to the building of the Darjeeling and Himalayan railways and how splendiferous their tea gardens are. 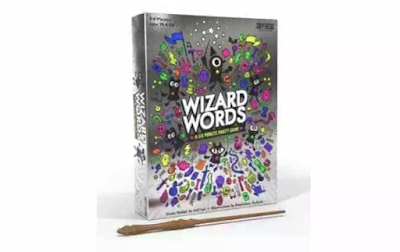 Jeff Lai’s Wizard Words is a simple and fast-paced cooperative word game with a twist: you’re all wizards dealing with hexes as you give one-word clues.

In order to climb the wizard ranks, players will give each other one-word hints while recalling past hints and navigating challenging hexes.