single.php Mom's Facebook Friends' Picture Comments Lead to Life Saving Diagnosis for her Daughter - ONCEKids
Get in Touch!
We are donating 50K new children´s books, help us deliver them to kids in need! We are social too: 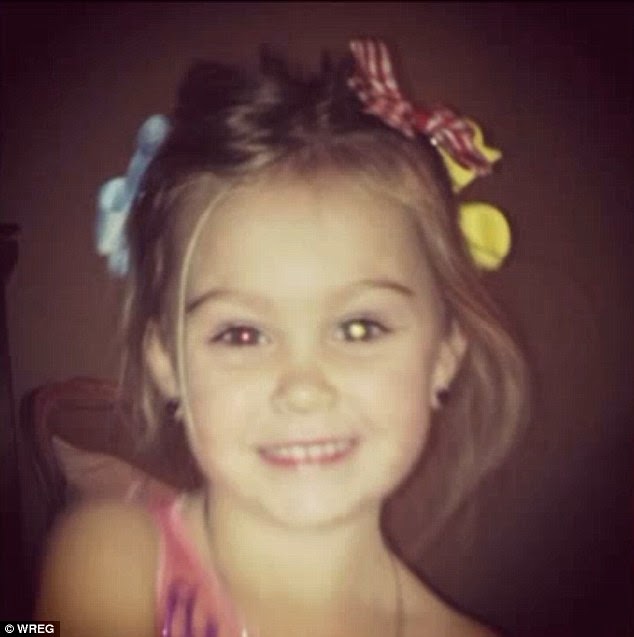 When Tara Taylor posted a candid picture of her three-year-old daughter on Facebook she had no idea how glad she would be that she did. While most people who looked at the picture would assume that simple flash had caused little Rylee’s red eye, a few of Tara’s friends knew better.

Tara reported that several of her friends commented on the photo saying that it might be nothing but a glowing eye might signal a problem with the eye so she should consider getting it checked out.Tara took her friends’ advice and made her daughter an appointment with an eye doctor. She will forever be thankful that she not only posted that picture, but that she took their advice because at the eye doctor Rylee was diagnosed with Coats’ disease, an extremely rare disorder that can cause partial or complete blindness in one or both eyes. However, if the disease is discovered early enough, the condition can be prevented.

Unfortunately, symptoms are difficult to detect until it is often too late- but luckily Facebook friends were able to detect one of the key early symptoms- a glowing yellow eye in flash photography. Thanks to Tara’s quick-acting Facebook friends, Rylee was able to receive the medical attention and treatment necessary to save her vision.