single.php Japan Concludes Golden Week by Celebrating Children’s Day - ONCEKids
Get in Touch!
We are donating 50K new children´s books, help us deliver them to kids in need! We are social too:

The Japanese string of national holidays known as Golden Week definitely goes out with a bang, saving one of the perhaps most exciting and most widely celebrated holidays of the week for last.

Every year on May 5th, children across Japan are celebrated during the holiday, appropriately named, Children’s Day. Although it has only been dubbed a national public holiday by the Japanese government since 1948, the holiday has been deeply ingrained within Japanese culture dating back to the reign of Empress Suiko in 593 A.D.

Originally, May 5th was named Tango no Sekku and designated for boys, while March 3rd was the holiday for girls. But it has since been changed so May 5th is a day for celebrating all children, both boys and girls. It is a day set aside to celebrate children’s happiness and pay respects to their wonderful little personalities. It is also a day to express gratitude to mothers across Japan who carried and gave birth to the children. For this reason, it is no longer referred to as Tango no Sekku but instead Kodomo no Hi.

All across Japan, giant carp-shaped streamers can be seeing flying outside of houses to symbolize strength and success. Inside the home, families will display dolls of famous warriors and other beloved heroes. Children are encouraged to take baths sprinkled with iris leaves and roots to promote good head and ward off any evil. And as you may have guessed, the holiday comes with a traditional food as well. No Japanese holiday is complete without a traditional food or drink, and for this holiday that food is kashiwamochi. Kashiwamochi is a rice cake wrapped in oak leaves and filled with a delicious sweet bean paste. 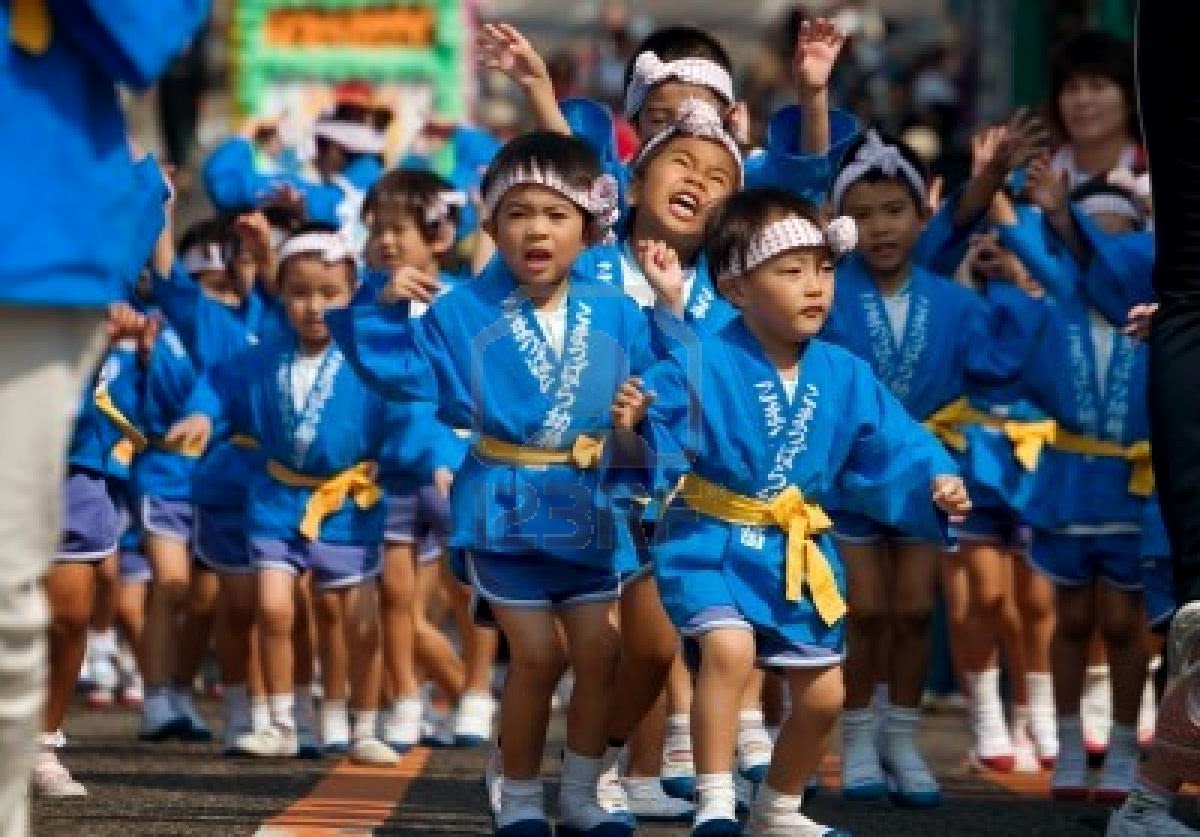 Countless events are held on Children’s Day to honor children, highlight their talents, promote good health, and of course- to have fun! One event included a performance of Kyogen at the Yokohama Noh Theater, featuring 18 actors between the ages of seven and thirteen. Eager parents, teachers, friends, and family members packed the theater to witness the display of impressive skills that the children had spent nearly a year preparing.

Kyogen is a type of comic theater that has been around for 600 years and is very important within Japanese traditions and culture. It is performed wearing traditional costumes with very distinct styles of acting. It takes much time, practice, and skill to learn the unique comic expressions, movements and uses of a fan.

Children’s Day is the perfect way to end Golden Week because it is filled with tons of fun traditions and celebrations that the whole family can love and enjoy.