single.php Gaming: Video Game Releases in May 2019 - ONCEKids
Get in Touch!
We are donating 50K new children´s books, help us deliver them to kids in need! We are social too:

Gaming: Video Game Releases in May 2019

Yep, it’s May already which means we have a whole new batch of of game releases to get excited over. Let’s talk about worlds, features and what to expect.

“Rage 2” will revisit the story told in “Rage 1” and confirm what happened after the original game’s divisive ending. … “Rage 2” takes place 30 years after the events of the original game, and the world – complete with vegetation, swamps, and biomes – is no longer a wasteland.

Team Sonic Racing is a racing game in which players race against each other in multiplayer racing using fifteen characters from across the Sonic the Hedgehog franchise. … In the latter case, it allows players to work together as a team to win races by sharing power-ups and speed boosts 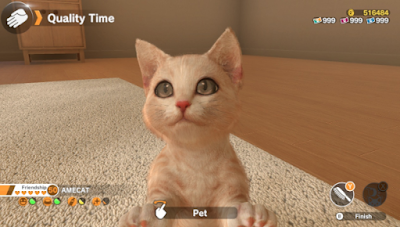 Little Friends: Dogs & CaIt’s time to meet your new Little Friends! These adorable puppies and kittens can’t wait to meet you in the first pet training game for Nintendo Switch. Play with up to 3 pets at once and own up to 12. Get to know their personalities and feed them their favorite food. Play with your pet using their favorite new toy or take them out for walks and compete in the flying disc tournament, using the Joy-Con™ motion controls or Nintendo Switch touch screen. Each pet has its own personality, behavior and looks. Look after your pet to develop a bond and grow your friendship. Dress them up in more than 600 stylish accessories to make them look their best. Care for your new furry friend to develop a long-lasting friendship.