single.php Emma Watson Changes the Game With Her Powerful Speech on Feminism to the U.N. - ONCEKids
Get in Touch!
We are donating 50K new children´s books, help us deliver them to kids in need! We are social too:

Emma Watson Changes the Game With Her Powerful Speech on Feminism to the U.N. 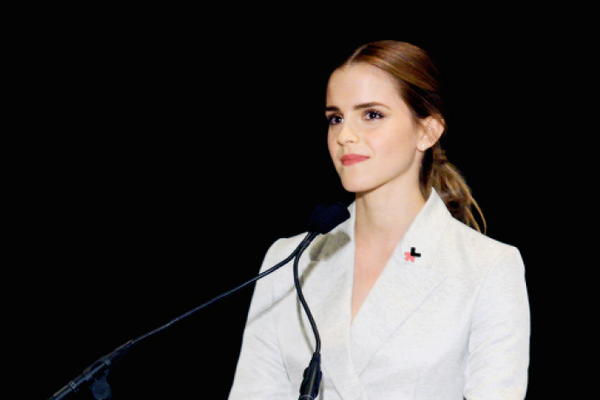 Last weekend at the U.N. headquarters in New York City, Emma Watson delivered an incredibly passionate speech regarding the controversial topics of feminism and gender roles in our society. But with her recent launch of the “HeForShe” campaign, Ms. Watson doesn’t intend to just talk about feminism but actually begin to take action.

Her speech attempts to dissolve some of the stereotypes that are often associated with feminism, such as the idea that it is a man hating group that calls for female superiority. She reminds us that the true definition of feminism is the desire, not for superiority, but equality among both genders. She invites the male gender to stand up and join the fight for equality, not just for the sake of women but for the sake of all people. With her development of the “HeForShe” campaign, Ms. Watson hopes to abolish the “us versus them” mentality and bring us all together to fight for a common cause.

It is a long speech, but I promise you it is worth the time. Her words rendered me speechless and filled me with the hope and confidence that change is coming and that we can all work together to make that change happen.

Click below to watch the incredible, powerful speech that brought a room full of world leaders to their feet: