single.php Congrats! ABC Is Trailblazing Path for Asians on TV With ‘Fresh Off the Boat,’ ‘Dr. Ken,’ ‘Quantico’ - ONCEKids
Get in Touch!
We are donating 50K new children´s books, help us deliver them to kids in need! We are social too:

Congrats! ABC Is Trailblazing Path for Asians on TV With ‘Fresh Off the Boat,’ ‘Dr. Ken,’ ‘Quantico’ 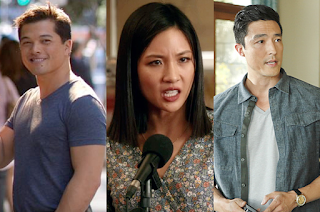 The network will feature 18 Asian series regular characters this season and a record three shows with lead actors of Asian heritageThe success of ABC’s “Fresh Off the Boat” has paved the way for an explosion of actors of Asian heritage on the network — and across broadcast TV.ABC will feature 18 Asian series regular characters during the 2015-16 season, according to findings by the Asian Pacific American Media Coalition (APAMC). That number beats the previous record set by NBC in 2008, when the network featured 16 Asian characters across its shows.ABC will also be the first network in history to have three shows featuring first-billed Asian leads on the air at the same time. In addition to “Fresh Off the Boat,” the network is also debuting “Dr. Ken,” a comedy featuring “Hangover” star Ken Jeong, while Sunday night saw the premiere of FBI thriller “Quantico,” headlined by Bollywood superstar Priyanka Chopra.This article is re-published from its original source.